Trade your old cards for cash 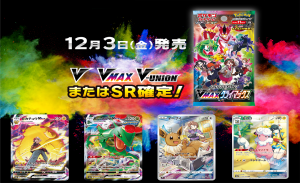 Pokemon craziness is something genuinely real. Even if you do not know much about Pokemon, you surely must have heard a lot about it. It is a Japanese franchise, and it has been around for more than 20 years—all set to celebrate its 25th anniversary this year.

It all started with a TV, but it evolved as a trading card game, video games, toys, and much more over time. No matter which team you support, grab some snacks; we will explore the world of Pokemon.

The Pokemon Trainer
5.0
See all reviewsWrite a review

The-Pokemon-Trainer
5.0
See all reviewsWrite a review

S H.
09:56 24 Jan 23
Amazing place, great customer service, friendly environment to be around just a great place to be.

Noah L.
01:53 08 Jan 23
Excellent and knowledgeable staff, shopkeeper was able to find the best pokemon for my daughter

Ryan K.
05:23 21 Dec 22
fist experience at the shop today and the owner couldn't have gone out of his way more for us especially after being treated like dirt from good games - highly recommend heading down to the pokemon trainer scored some great cards my boys are stoked

thanks mate we will be back

Arnold H.
11:42 21 Oct 22
Absolute highlight of my trip finding The Pokémon Trainer store. Quite a nice range of stuff. Super happy with my cards and the owner is super friendly! 10/10 would recommend

ZHILEI Z.
05:22 16 Oct 22
The customer service goes beyond expectations. Super friendly and I could not of asked for better service with my order.I ordered a few things and got a few great cards added to my collection. Overall I'm very ecstatic with The Pokemon Trainer and look forward to more.

Robert
01:23 22 Aug 22
The customer service goes beyond expectations. Super friendly and I could not of asked for better service with my order.

I ordered a few things and got a few great cards added to my collection. Overall I'm very ecstatic with The Pokemon Trainer and look forward to more.

Robert J.
01:10 22 Aug 22
Purchased the remainder of the celebrations cards I needed and they came in a extremely timely manner and in great condition. Great to find somebody based in Adelaide that I can come back to in the future.

Liam “Lahm” L.
02:39 30 Jun 22
Bought and watched and won heaps of Pokémon cards from this site and this person , he go’s above and beyond to make the experience the best , the cards are always they way he describes them and he always takes to most care in sending them and packing them and on Time
The Communication is excellent and will always msg back

Zack B.
05:59 28 Apr 22
Bought heaps of Pokémon cards of this site and always had the best outcomes with selling , posting , and Communication , cards always came on time and in very good condition as well as packing was above and beyond

zack B.
05:55 28 Apr 22
These guys are amazing and will take the time and day to help anyone they can, great prices and very very friendly. I have recommended this company to friends and have never had a bad experience to date. I will continue to buy as long as they are still selling 10/10!!!

Ethan D.
05:29 28 Apr 22
Not only would I recommend people coming here I have convinced my friends to buy from Lewis and his trusted sellers, best competitive prices out there and always willing to go the extra mile no matter the circumstances!!

Ethan D.
05:26 28 Apr 22
Lewis and the gang are amazing always had good exprenices and are down right legends

Christian B.
10:58 27 Apr 22
Lewis and team are great to deal with. Good communication and very helpful. Products always arrive promptly and in perfect condition.

Dimi S.
12:42 15 Aug 21
Excellent customer service, the mystery box is definitely worth getting. Highly recommend buying from these guys, great range of products

DYLAN M.
06:50 15 Aug 21
Best experience ever shopping with these guys. Highly recommend them. As a store they have a great range, and If they don't, they can source it if it's possible. Best customer service I have seen in a very long time.All round excellent service. I won't shop anywhere else anymoreHighly highly recommended

Luke P.
11:40 17 May 21
Very good variety of English and Japanese goods. Easy to work with and for the people, the community they’ve built up is incredible!

jai D.
11:57 16 May 21
Some of the best stock around town. If you are looking for anything Pokemon TCG related then Lewis is the one to contact. Much like the rest i have had such great treatment and some wicked prices too. I'll certainly be shopping here more frequently.

garrick L.
07:14 16 May 21
One of the best companies I have used for Pokemon TCG products. Delivery time always spot on 👊

Jebus “UnholyJebusMan” M.
06:15 16 May 21
Would 100% recommend, great customer service and very happy with all my purchases so far and will continue to buy

Justin G.
05:38 16 May 21
quick response times!
awesome to deal with!
products are delivered in the best of packaging!
highly recommend shopping with them!
quality products and quality service.

Justin G.
12:27 14 Apr 21
Best customer service, willing to find or track things down. Always out to help people out. Is the only place I buy my packs from now. Dedicated to make the customer happy. And a good bloke aswell. Highly recommend

Chris B.
12:25 14 Apr 21
Awesome customer service the type you barely find, one of the staff helped me get ahold of a pack just as they'd sold out, definitely recommend 10/10 will be coming back as first priority for future purchases, also extremely responsive 👍

Austin C.
05:54 28 Jan 21
Ledgend of a dude great communication shipping and all that nice easy process!

Pokemon is a short form for; ‘Pocket Monsters,’ and they are imaginary creatures. Now, virtually they live with their trainer (the person who owns the cards). The trainer’s goal is to catch them all, as in collecting all of them. The craze of Pokemon started in the early 1980s in Japan by Satoshi Tajiri and Ken Sugimori. Sugimori was the illustrator of Pokemon.

Tajiri and Sugimori decided to develop the gaming arcade themselves. In no time, they became the second-largest gaming franchise ever. Tajiri worked under Shigeru Miyamoto to create pocket monsters; and trading of monsters.ds

What is Pokemon TCG?

The Pokemon trading card game (TCG) is a fun and easy game to learn. Regardless of age, you can collect cards and play them with any of the other trainers. In this game, players build decks around their favorite Pokemon (You must have a favorite monster?). They send their Pokemon in the battle and fight to get the title of best Pokemon trainer. Players can begin with the theme decks and the internal decks are designed to cover the basics of the game. They can also increase their card collection by getting booster packs.

If you are thinking you are going to play with a similar pattern? You are wrong! There are thousands of cards to choose from, and the game is never the same twice. Pokemon releases four sets of cards, ‘expansions,’ every year, which makes the game exciting, and it keeps on expanding for both the players and collectors.

It is not just about collecting and trading the cards; it is about correctly playing the trading card game too. However, the aim of collecting cards is to build a powerful empire and a strong deck of 60+ cards; that can eventually help you win the battles. Kids are usually interested in collecting the cards and keeping them safe.

Moreover, each pack of cards is different; and they come in different packaging. The theme decks usually come with a coin and cardboard markers; you can decide and highlight the trainers with the markers. Besides, the cards also come in a pack of 10, commonly known as booster packs.

In the world of Pokemon, you will get three different categories in any deck. All three types have a background

Everyone wants character cards, as they are shiny and look fancy. There are 11 types of Pokemon in a trading card game. Grass, Fire, Water, Lightning, Psychic, Fighting, Darkness, Metal, and Fairy. Two additional types, Dragon and Colorless, do not have their Energy cards and instead use other types of Energy. Each Pokemon has a type. Each card also indicates how the character is evolved and the basic form of the character. There are different stages, stage one, stage two—written in the upper left-hand corner. The character cards are only found in booster packs.

You will need an energy card throughout the game. You will find a basic energy card in every pack. Special powers are associated with a special energy card that gives a different kind of boost. However, it depends upon your type of Pokemon whether you can avail that power or not.

Trainer cards are also important, as you use them for the items, supporters, and stadiums. Also, you use the items during a battle. There are terms and conditions written at the bottom of the card, and based on the condition, you can use it.

The EX and GX cards are more powerful, and they have cool illustrations on them. They are also known as unique cards. Also, they are shiny and holographic, and a lot of people like to collect them.

What are booster and expansion packs?

When there is an expansion in series, a new set of cards are released within the generation. Every release has about 180 new cards, and you cannot buy the entire expansion in a single purchase. You need to purchase the booster packs, a set of 10 cards that you can add to your present collection, or make a new collection. Also, there is no guarantee of any particular card; you can get any themed card release in the expansion set.

What is a rare Pokemon card?

Every Pokemon card has a specific collector card number, and it is written as XXX/YYY; X indicates the number of the card, and Y shows the advertising number. Moreover, there are many rarities in the trading card game, and you might get a rare card in a set of 10 cards. You can locate the rare card by checking the tiny symbol located on the bottom right-hand corner. A circle means; the card is common. A diamond indicates that the card is not standard. Whereas a star means; it’s rare. Also, EX and GX hologram cards always have a star on them.

What are the different categories of trainer cards?

Items: they have an immediate effect on the game; it is like using the card and discarding it instantly. However, in one turn, you can use and play with as many items as you like.

Tools: tools are associated with your Pokemon, and once you use them, they stay in the game. In one deck, you can plan as many as you like. However, each Pokemon can have only one tool.

Supporter: they are pretty similar to items. The only difference is; you can play one supporter card in one turn.

Stadium: stadium cards impact both the opponent and defender. They stay in the game until they are replaced. However, there can be only one stadium card in the game at a time. If the players come with a new stadium card, the previous stadium card will go in the discard pile..